My name is Sarah and I am a TV junkie! I usually get a little bummed in the summer when the re-runs begin and there is nothing good to watch. This summer not the case at all. My DVR is in overload. I am totally addicted to Pretty Little Liars, True Blood, Drop Dead Diva and Royal Pains… oh and the new season of the HBO series Entourage begins this weekend. I rewatched last season over the course of a few nights when I couldn’t fall asleep and I have to say.. I love me some Ari Gold!!!

A few shows that I have really liked over the years have been canceled (October Road, Lipstick Jungle) and my husband likes to joke and say if I like a show it is a sure sign it will get canceled. This summer, the shows are good and I think I may have broken the curse, but just in case below are a few blurbs about the some of the new shows. Tune in, check them out – do it for me so the ratings go up and they don’t get canceled. Help me break my summer TV curse!

Pretty Little Liars
Airs on Tuesday at 8:00PM on ABC Family
About the show: The show is based on books written by Chester County native, Sara Shepard. 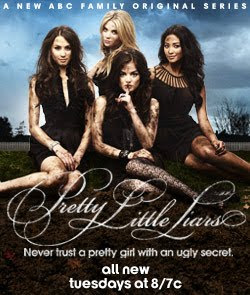 Fictional, Rosewood is a perfect little town. So quiet and pristine, you’d never guess it holds so many secrets. Some of the ugliest ones belong to the prettiest girls in town — Aria, Spencer, Hanna and Emily, four estranged friends whose darkest secrets are about to unravel.

One year ago, Alison, the Queen Bee of their group, disappeared and the girls swore they’d never tell what really happened that night. They thought their secrets would bond them together, but just the opposite is true. Then again, who’s to say what the truth is in Rosewood. It seems everyone in town is lying about something.

Now, as the mystery surrounding Alison’s disappearance resurfaces, the girls begin getting messages from “A,” saying – and threatening – things only Alison would know. But it couldn’t be Alison. Could it? Whoever it is, they seem to know all the girls’ secrets, and seem to be watching their every move. The girls are friends again, but will they be there for each other if their dark secrets come to light?

For more on the show or to view a sneak peek of the next episode click here to visit ABC Family.
The show description came directly from the ABC Family website. 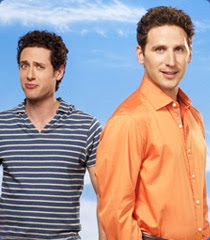 About the Show: USA Network is the home of the Hamptons‘ newest doctor-on-demand, Hank Lawson (Mark Feuerstein), in Royal Pains.

Hank is a rising star in the New York City medical community, until he loses everything fighting for the life of a patient. With his career stalled and his personal life in shambles, Hank is in need of a new beginning. That’s where his younger brother Evan (Paulo Costanzo) steps in. Fed up with Hank’s personal pity-party, he convinces Hank to join him on a last-minute trip to the Hamptons for Memorial Day weekend. When the brothers crash a party at the home of a Hamptons billionaire and a guest falls critically ill, Hank saves the day. His dramatic medical rescue draws attention from the crowd, and soon Hank’s phone starts ringing off the hook with patients demanding house calls.

Though Hank is initially reluctant to embrace this new career, with encouragement from Evan and an ambitious young woman who volunteers to be his physician assistant he decides to stay in town for the summer. Once again solving medical crises and helping those in need, Hank is back to doing what he does best. And now he’s reinvented himself as the Hamptons‘ hottest new doctor-in-demand.

Click here to learn more about the show or to see a sneak peek of the next episode. 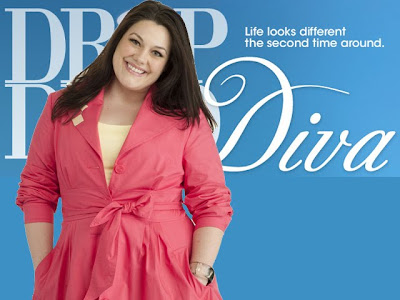 About the Show: Drop Dead Diva is on season two and is jam packed with celebrity guest cameos. If you were an Ally McBeal fan you will love this show.

In the first season of Drop Dead Diva, beautiful-but-vapid model wannabe Deb, suddenly finds herself in front of Heaven’s gatekeeper, Fred (Feldman), following a fatal car crash. Outraged by her sudden demise, she attempts to persuade Fred to return her to her shallow existence but is accidentally relegated to the body of the recently deceased Jane Bingum (Elliott). An intelligent, thoughtful and plus-size attorney with a loyal assistant, Teri (Cho), Jane has always lived in the shadow of her colleagues whereas Deb has always relied on her external beauty. By a twist of fate and a bolt of divine intervention, Deb must come to terms with inhabiting Jane’s curvier frame and learn to reconcile her beauty queen ways with her brilliant, new mind.

At the close of last season, Deb was ready to let go of her past and embrace her new life as Jane. But the unexpected arrival of Jane’s “secret” husband Ethan (Gummersall) at her doorstep left her with more questions than ever. To make matters worse, Jane may be disbarred after breaching client-attorney confidentiality when, against the firm’s advisement, she reported her client for fraud. Faced with a new love triangle and the uncertainty of her career, Jane must, once-again, chart out a new future for herself.

True Blood
Airs on HBO on Sunday at 9:00PM 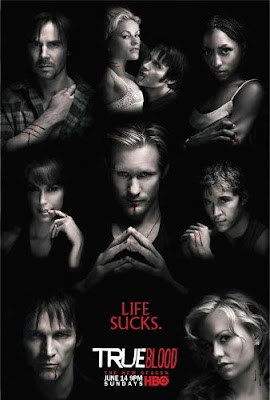 True Blood – Season 3 began 2 weeks ago, and for my fellow “Trubies” how funny was it when Sookie said to Jason ‘ I am waiting for him to walk through the door and say Sookie” She sounded just like Bill. What do you think about ” The King”? I didn’t read the books. My mom and my sister did. I bought the entire collection for us all for Christmas with the hope that we could read them and have our own little “Mommy- Daughter’ book club. I have not kept up my book club commitment, so I just watch the shows then call them if I have questions or need to know what is going to happen next. Sometimes I just can’t wait until next Sunday!